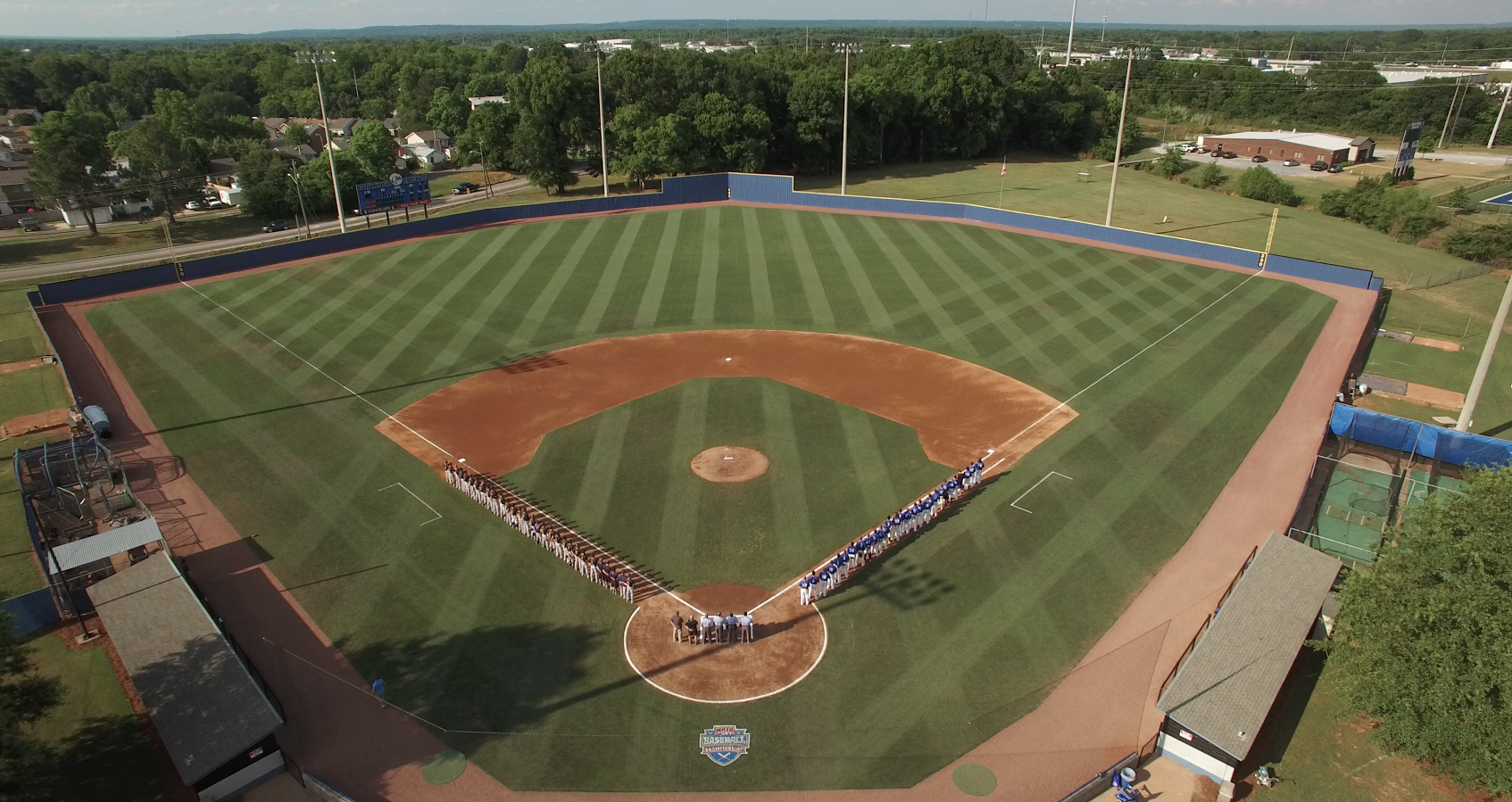 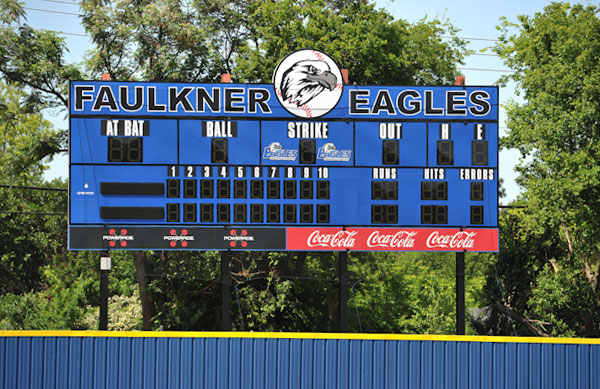 Unless otherwise noted all Faulkner Baseball Camps will be held on Harrison Field on the campus of Faulkner University.

Harrison Field, named for long-time board member Lamar Harrison and the home of the Eagles' baseball team, has seen many structural improvements during the past few years.

Since 2006 upgrades include the painting of the press box, new wind screens on the foul-line fences, two new batting cages, new foul poles, and the repainting of the dugouts.

Prior to the 2012 season, a new state-of-the-art scoreboard was added, as well as new royal blue outfield wall. Built in the early-1980s, the numerous facelifts since have allowed Harrison Field to become one of the nicest facilities in the Southern States Athletic Conference.